How does Algorand plan on keeping the network secure without rewarding relay and participation node runners in the long run?
Yeah, I get Silvio believes it keeps bad actors at bay without having an incentive, but realistically, no one is going to run nodes for free long term, especially if it actually cost money to run them. running a node basically becomes a utlility bill. without incentivizing node runners, I think the network will have a security risk, especially if it loses decentralization to long term node runners shutting down when they arent making money running a node.
Eventually people will run participation nodes for so long til they do the math and see its a waste of time not earning anything. especially if competitors are paying node runners. In order for Algorand to become more decentralized, they need to incentivized the node runners. we all know this. I’m not saying anything new. So, I am really interested to see what happens in 2023 with the node situation.

Incentivizing node runners involves risk, but so does not incentivizing. Now if they wanna have more institutions around the world to run relay nodes, im all for it, but even they wont do it for free, so why should retail do it for free. doesnt matter if participation nodes are cheaper and easier to run, the point is, it still cost money to run a node. if it didnt cost anything to run a node, then I would see the point of not incentivizing.

Seen a lot of talk of John Woods making a 1 click participation node. Still not sure if this is a meme or real, but this is very much on the radar. As for node running rewards, I have reason to believe this will be coming up to vote soon, though hard to say how soon. 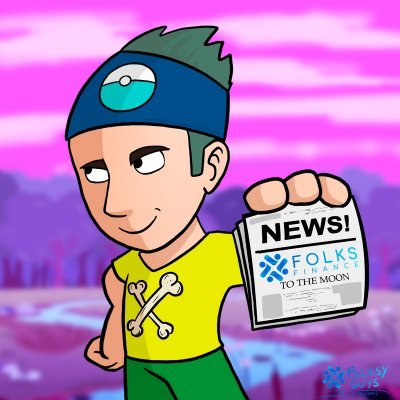 It would be interesting if people participated in the network by default, as long as there are no downsides. To encourage participation, we could make the node software as lightweight as possible and offer benefits, such as lower transaction fees, for those senders whose address is in the participation set. However, we need to be careful to avoid sybil attacks and similar issues when constructing these incentives.

Seen a lot of talk of John Woods making a 1 click participation node.

I am not sure what is John trying to accomplish, but we already have one click solution to run the the relay or participation node…

You can run relay in Linode for example by

or participation with kmd proxy secured by arc14 using

after you run this participation node you can list your node in the public list of algorand nodes here: AlgorandPublicData/public-kmd-providers.json at main · scholtz/AlgorandPublicData · GitHub and this json is served to A-Wallet where users can make their accounts online by deciding on which server they provide their participation keys.

Btw in my opinion there should be fair distribution of money to any relay node runner, indexer runner, participation with kmd node runner… On Decipher at fam round table it was told by algorand that there is fully employed person to do all this, so I hope he will do a great job…

Seen a lot of talk of John Woods making a 1 click participation node.

I am not sure what is John trying to accomplish, but we already have one click solution to run the the relay or participation node…

Looks like we may find out sooner rather than later… 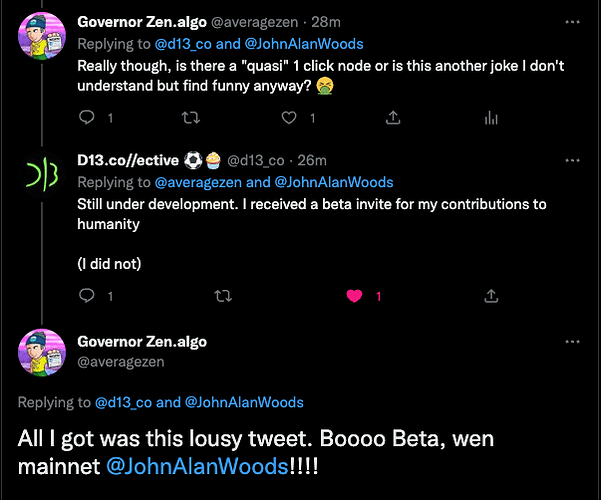